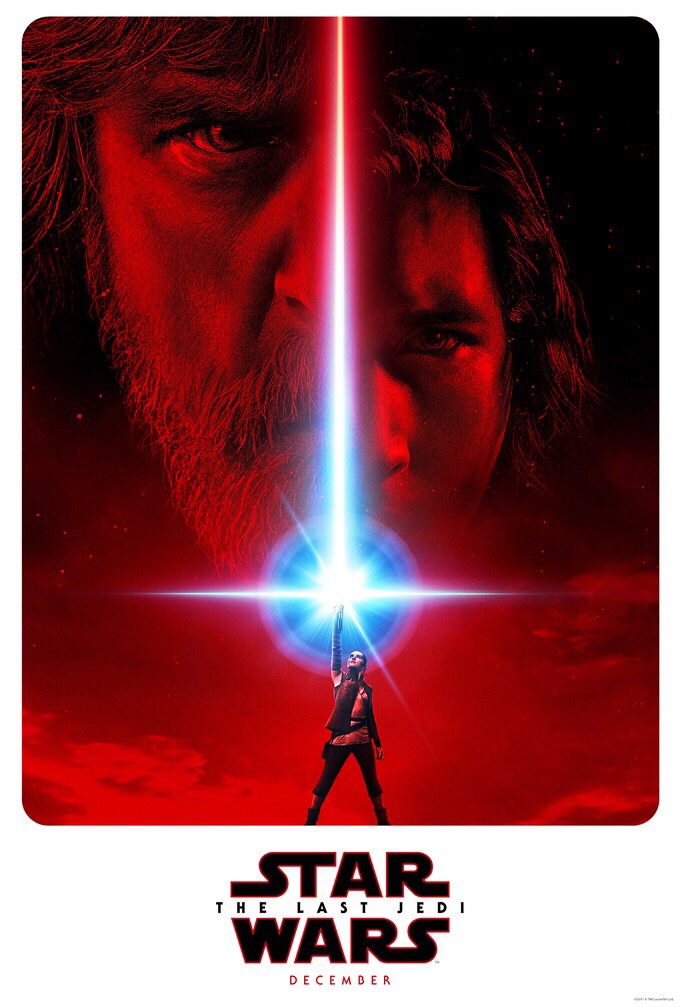 *** If you don’t know or are confused about how I score movies, please take a look at my Rating System***

Man, Star Wars is starting to rival Land Before Time! Except in this case, more is definitely good.

I wanted to see it a few times before reacting. For all my love of Star Wars, I haven’t initially reacted well to a Star Wars movie in theaters since I was a kid watching Episode II. I’m always disappointed and hate the music. Until I see it enough times to have it all memorized. I knew this would happen with The Last Jedi. And it did.

Now that I have seen it four times I am 50% blown away 40% pleased and 10% severely disappointed. Much better.

This most of what blew me away. It was perfect. I know Hamill isn’t ok with it. I know many many people who say Luke would never act like that. I’m sorry, but a lot can happen to a man in 20 years. People grow and change. Did no one notice that Luke was severely different in each Episode of the original trilogy? He was an over eager typical teenage boy in A New Hope. Hey was a cocky young man who glimpsed real power and thought he had all the answers in Empire Strikes Back. He was mature and responsible leader in Return of the Jedi, fulfilling his promises, leading his people, and sacrificing for the Rebellion. And we expected him to stay that way? Luke has ALWAYS evolved. And his evolution into the broken man we see in The Last Jedi is VERY human and VERY realistic.

Why? Because there is one character trait that has followed Luke through every movie: OVERCONFIDENCE.

Even in Return of the Jedi he was overconfident in very dangerous ways. His plan to free Han from Janna got Chewie and Leia captured, Lando nearly killed, and himself nearly eaten by a rancor. His insistence to go on Han’s team, and THEN turn himself over to Vader nearly got his friends killed and nearly ruined their plans. Would have, if not for the Ewoks. He was over-confident in facing Vader and Palpatine, betrayed his sister to Vader. He would have died. If not for Vader finally deciding to turn.

So Luke becomes a Master Jedi. He becomes a living legend. He believes whole-heartedly in his role in balancing the Force. He falls into the SAME EXACT TRAP that the old Jedi Order did. And when he sensed darkness in Ben, and looked into the future (btw bad idea. Nothing good ever happens when a Force user tries that. My next blog post, actually), for the briefest moment, just as Luke said, his overconfidence in himself and his role did what it had threatened to do since he was 19: destroy everything he loves. Skywalker shave always been over dramatic. So yeah, it is very feasible that when he nearly murdered his own nephew, and lost all his apprentices, that he disappeared so it would never happen again.

Luke’s storyarc was perfect. His death has made me bawl every time I watched it. 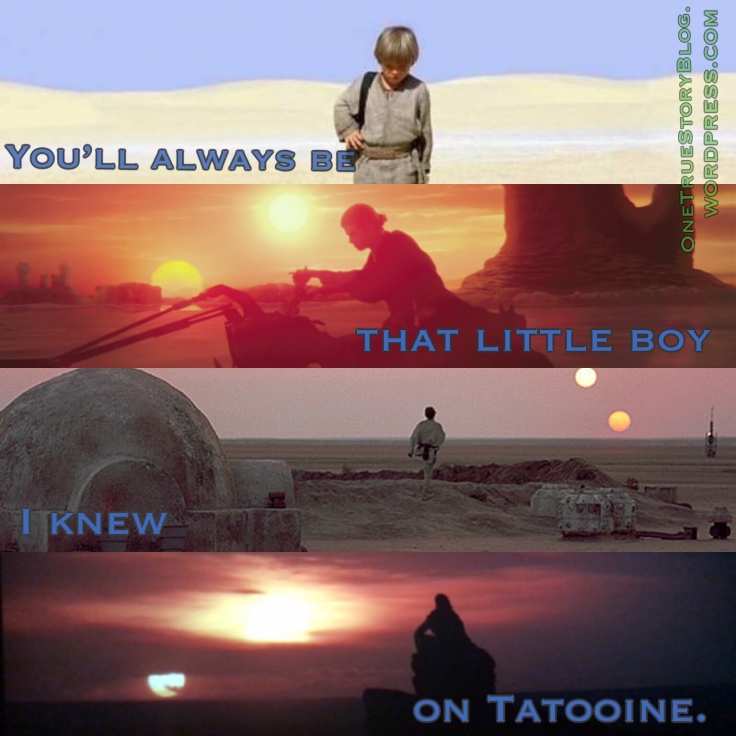 Their dynamic and chemistry is wonderful. Both have really come into their own, standing on their own two feet. I don’t think much more needs to be said than that.

His story arc and character development was great. My absolute favorite line was

Poe: “There were heroes on that mission!”

He screwed up royally so many times. And he learned from it.

This was a story arc that originally disappointed me. After seeing the movie a few times and giving it some thought, I’ve realized it works. It’s too long for sure. They could cut nearly 5-10 minutes from it. But ultimately it is a good story arc. It showed us another side of the galaxy.

Yes the plan ultimately doesn’t work. But it is disingenuous for every crazy plan the Rebels come up with to work in some way. Plans fail. People work on bad and misconstrued information. People betray you and they DO NOT have a crisis of conscience and come back. If Poe had obeyed orders none of it would have ever happened. That is a lesson Poe needed to learn.

I know I have been preaching Rey Palpatine. I can swallow that i was wrong (for now). Here being from nothing is better than her being a Skywalker for sure.

I can get behind Snoke not having a backstory.

I can not get behind neither of them having a backstory. Honestly it is a betrayal. Lucasfilm has allowed and encouraged discussion and speculation about these two for two years. For both two have linked backstories would be trite fan service. Neither is frankly a betrayal

The biggest disappointment is most of the First Order Characters.

Hux was a little too ridiculous, and looked like he was about to cry way too many times.

Phasma again did not get enough screen time. I don’t know why they cut one of her scenes. Apparently they filmed her murdering her own Stormtroopers when Finn told them she betrayed the Starkiller base Codes. That would have been so awesome.

In my not so humble opinion, I could make this movie better. Here’s how:

Include Captain Phasma’s deleted scene. This at least makes her character that much cooler, crueler, and worth the publicity she has got.

Shorten the Canto Bight arc. It’s worth including. But because it is ultimately unsuccessful, there is too much time spent on it.

Remove the ridiculous CGI humor. I’m sorry, but the humor fell flat. The dialogue is great. But all the cgi humor is terrible. The Porgs (I know they were repurposed puffins. That’s fine. They didn’t need to be on the Millenium Falcon). The green milk cow was just gross. The weird boob opera alien was disturbing.

Add in a couple lines of dialogue. I know that a lot of people are upset about Holdo. In general I feel the only part of hers well acted was the first time she was shooting down Poe. But I do not fault her for not telling Commander Captain Damaron her plan. Admirals never tell the grunts the plan in warm. Remember the phrase “Loose lips sink ships”? Applicable. But what could have made this better is giving Leia an extra line when she was talking to Poe aboard the shuttle. (Paraphrased because I don’t remember her exact words)

Leia- “she was more concerned with saving the Rebellion than looking like a hero. She knew The First Order was blocking our communications (notice Rey could not get through to them), and suspected they were monitoring any communications, that made it through. She couldn’t afford to tell the plan to anyone in case the First Order discovered it.

Hux needs better direction to be less whiney. He is not the rabid cur Snoke calls him, but he should be.

Snoke: as previously stated, Snoke is a plot device instead of a character. Having him killed off in this movie was an attempt at being unique. But how might things have gone if he had been like this:

I propose that Snoke is not a Force User. Instead he is Force SENSITIVE, like a dark side version of Chirrut Imwe. A Master of Force Ideology and theory. This would make Han’s line to Ben “He’s using you for your power” be literal. He doesn’t have power of his own, so he is using Kylo’s like a tool. He is also a Master manipulator and politician. I think his would be awesome. Just sayin.

Lightspeed needs to stop being a Deus Ex Machina. Is much as I LOVED that shot of Holdo going through Snoke’s ship,it makes me wonder why that is a Last Option instead of a first.